On an icy day, Baloise Trek celebrated TWO victories by their star riders

The 2020-21 cyclocross season that started in September is coming to a close. And throughout a long season, Baloise Trek’s Lucinda Brand and Toon Aerts proved that no other riders have staying power quite like them.

During the last race of X2O Badkamers Trofee series in Brussels on Sunday, Brand wrapped up an overall victory, taking fifth place in the race and, most importantly, maintaining a five-second lead over Denise Betsema in the standings after eight races. Aerts then won the men’s race, giving him his first victory since Oct. 17 in Beringen.

Both riders have had seasons to remember, though for different reasons.

Brand was simply dominant; by winning the X2O Trofee, she took all of cyclocross’ biggest prizes, including the Superprestige overall, World Cup overall and World Championship. She won 12 races and only failed to podium twice in 28 starts.

Aerts’ season didn’t go entirely as he had hoped. After winning three of his first four races, he wouldn’t win again until Brussels against a deep and powerful men’s field. Few riders were more consistent, however. He never finished lower than eighth, and for those hard-nosed efforts was rewarded with the Superprestige overall title and second place in the final X2O Trofee standings. What better way to punctuate the year than with a bookend victory?

Lucinda Brand unclipping from her pedals as she crossed the line in Brussels.

Brand had to fight through several long, tense minutes

Brand entered the day with a healthy 41-second lead over Betsema in the standings, but a technical, icy course in Brussels was exactly the type of profile she didn’t want to see.

Betsema, in character, put Brand under pressure from the start of the race, but Brand marked her carefully. By the start of the final lap, Brand’s virtual lead was roughly 26 seconds, but a rocky final lap made everyone watch the clock. Brand was on Betsema’s wheel when her left foot unclipped from her pedal, and she shipped time to her Dutch rival as she tried to clip back in through the ice in her mechanism.

Betsema crossed the line in an all-out sprint to take as many seconds back as she could, but Brand persevered and maintained enough of an edge to win the title.

After the race, she told Sporza, “I really thought I had lost the rankings. I am very happy that I still made it. It is very cool that I have all the rankings in my pocket.”

She had to sweat, but now there’s nothing and no one that can challenge Brand’s historic success this year.

Toon Aerts standing atop the fourth podium of the season, and 20th of his career.

Toon Aerts won his fourth race of the season, and 20th of his career, in a back-and-forth battle with fellow Belgian Quinten Hermans.

He nearly rode away with an unchallenged victory from the gun. Through two laps, he had a significant, and growing, gap at the front of the race. Just past the midway point, however, Aerts had to pit; he suffered a back puncture, giving Hermans time to close the gap.

Sensing opportunity, Hermans accelerated to open a lead, forcing Aerts to spend energy chasing. The effort proved to be a miscalculation, however. Once Aerts regained Hermans’ wheel on the penultimate lap, he began prying away seconds once again. Hermans wouldn’t challenge Aerts the rest of the way.

Aerts won by 20 seconds. With the result, he reiterated just how inevitable he can be on his best days, and cemented himself as one of recent history’s strongest racers.

Take on the elements 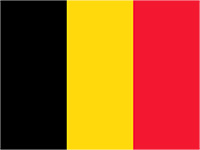 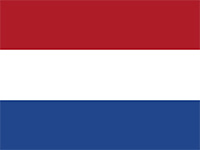 Caroline Buchanan has a plan for that