Elisa also seals 8th place in the general classification as the Giro Rosa comes to a close.

After ten days the 30th Giro d’Italia Femminile finished Sunday.  While an impressive Marianne Vos (CCC-Liv) captured her fourth victory of the race, Elisa Longo Borghini came across the line in 7th place for the short uphill sprint that ended the 120-kilometer final stage to seal 8th in the overall classification and the blue jersey as the Best Italian in her home race.

While Longo Borghini was the highest finisher of the team in the bunched finish, the plan was to lead-out Ruth Winder for the sharp uphill kick to the line. As often happens, the pre-race plan in the bus is not easy to implement on the road with a peloton of 120 riders rushing to be the first at the bottom of the final hill.

“The finish was super hectic and I am really disappointed as you only get so many chances to go for the win and the team was trying to ride for me,” explained Winder. “But we kept losing each other so we’ll have to discuss what went wrong there in the finish, but Elisa still finished top 10, so pretty good, and finished in the top 10 of the GC.”

Ruth Winder in the bunch during stage 10 of 2019 Giro Rosa Iccrea.

The plan was to work for Ruth (Winder) in the finish, but we lost each other and I ended up sprinting. I had a little mechanical at the beginning of the steep climb, which was a bummer.

There were no changes in the general classification and Longo Borghini cemented her 8th place in the overall. She also won the Best Italian competition, which she first led after the first stage and never relinquished, holding the blue jersey through all 10 days.

The Trek-Segafredo leader missed out on a stage win, finishing on the podium in third place on two occasions, but with a red-hot Marianne Vos showing she’s back on top form and taking four stages, and overall winner Annemiek van Vleuten’s (Mitchelton Scott) domination on the climbs, there were few opportunities in between.

Longo Borghini also faced personal problems ahead of the Giro and wasn’t sure she would be at the start.  The penultimate stage ended with a punishing 13-kilometer climb where Longo Borghini fell off the pace of the leading group, but she fought on and finished in 9th.

She slipped from 6th to 8th in the GC, and afterward she wrote on social media: “I’m so happy that Dad said to me, ‘Go to the Giro and fight’. The adversities are made to be over climbed, especially the ones in your head.”

I am happy with my race. I almost didn't come to the Giro as I had a bad moment ahead of the race so I am proud to have been here and fighting for the GC. I had the best teammates around me and a good and prepared staff, so I say thank you very much to everybody for what you have done for me.

It was a hot Giro this year.

Trek-Segafredo may have missed out on a victory, but it was not for lack of trying with Ruth Winder and the always aggressive Tayler Wiles often in dangerous moves off the front, and Anna Plitcha attacking with one rider in the latter part of stage 10.

“I tried to go in a breakaway again, and I was, but (Team) Canyon was not there and chased it back. That’s bike racing,” exclaimed Wiles after the final stage.

Anna Plichta in the break during stage 10.

Ruth Winder and Tayler Wiles sign on for stage 10.

Director Giorgia Bronzi agreed, but also admitted the team made a few errors to learn from. “I am happy for how the team raced, I think we missed a bit of luck in a couple of stages, but that is a part of racing,” she said. “We made a few mistakes in others, and I hope the girls will look back and think about this and from these we can learn and be better next time. The spirit of the team was really nice, and for my first Giro, I am really happy.”

Five members of the Giro Rosa team will be starting the women’s WorldTour one-day race La Course by Le Tour de France on Friday, with only Trixi Worrack taking a rest. Lizzie Deignan will step in as the sixth member.

Next up: La Course on Friday. 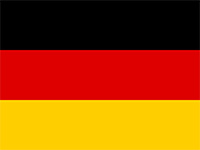 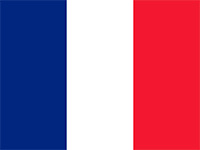 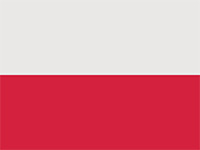 Crosswinds throw a curveball into GC at the Tour