While the sprinters had the limelight in Stage one at the Santos Tour Down Under, it was all about the climbers in Stage two as the Adelaide Hills turned the race on its head.

In a three-up sprint, Australian Amanda Spratt (Mitchelton-Scott) outkicked the US national champion Ruth Winder and German Liane Lippert (Team Sunweb) to take the stage victory and with it the leader’s jersey.

Winder, who on paper is the fastest, at least in the heart of the season, could not match the speed of Spratt in the sprint, but the American put her Colorado winter training to the test and came away with a stellar second place.

“It was a bit of cat and mouse in the finish, and Brown coming back [at the end] was definitely making me nervous. I am happy to get second – I think I’m lacking a little bit of that top-end right now since this is just the second race of the season, and also in January,” said Winder.

Mitchelton-Scott used their home team advantage and pushed such a hard pace into the first of two big climbs that only five riders remained over the top, of which they had three.

“We had two super hard climbs, and Mitchelton set a real hard pace into the first one, and they were just popping people off their wheels,” explained Winder. “It was just about suffering over the climb.”

The race had shattered, and with 20 kilometers and some tough climbs remaining, there was little chance it would come back together.

“After that, it was a bit rolling, and we were in a group of five, with three from Mitchelton, so Lippert and I were just sitting on a letting them do the work since we were outnumbered. On the next climb, I knew they would start attacking, so it was just covering them – it was so hard because they had three!”

Winder and Lippert defended the relentless Mitchelton-Scott attacks until two teammates fell off the pace and only Spratt remained. “Eventually, it was just Amanda, myself, and Liana, and we worked well together over the top of the last climb,” said Winder.

In the final kilometer, it was evident the win would come from one of the three, and they slowed, eyeing each other, almost allowing Mitchelton-Scott’s Grace Brown to get back on.

In the sprint, Spratt showed she was the strongest on the day, but Winder gave Trek-Segafredo its second straight podium.

“We got a win in the first day last year, so I think we are like hoping for that first place again, but we’re not disappointed with two second places in two stages,” agreed Winder.

Winder heads into the third stage in second overall, four seconds in arrears, while Lippert, in third overall and only one-second behind Winder, is making for a thrilling GC battle in the final two days.

Crosswinds made for hard racing in the early part of the stage.

Anna Plichta gets a bottle from DS Ina Teutenburg. 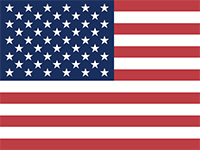 The Ticket S has been honed to perfection over a decade of whips, flips, and mind-blowing tricks by the world’s best slopestyle riders. Ticket S is a full suspension slopestyle mountain bike  bu...