While those stories made the biggest headlines, many more athletes under the Trek Race Shop umbrella had big weekends. Snowshoe played host to huge performances from riders across all levels and disciplines. All told, they won four World Cup overalls to cap a stellar return to a full racing slate in 2021.

That top to bottom strength is no accident. The future is bright at Trek if you like your bikes mixed with dirt. Here are some of the moments we won’t forget from an incredible week.

Jackson Goldstone, 17, is one of mountain biking’s most versatile young talents. Stick him on two wheels, and there’s a good chance you’ll see something amazing.

Goldstone made a habit of tearing up just about every downhill race he entered in 2021, including a world championship and three World Cup victories. He took silver twice in Snowshoe (the second was a nailbiter at just 0.126 seconds behind winner Jordan Williams) but that was more than enough to secure the overall title and solidify a bright future.

“Coming into the event I was prepared for a super long week, but surprisingly it went by really fast,” Goldstone said after the race. “Felt good on my bike all weekend but just couldn’t quite find enough time to win! Still super stoked with second at both races, and happy with the improvement from the first race to the second. Went from 3.5 seconds back to only 0.1 with a suicide no hander on the last jump!”

You’d be hard pressed to find someone who likes riding their bike more than Goldstone. And after his first World Cup racing season, he’s hungry for more.

“I enjoyed the rocks and struggling to keep rolling speed,” Goldstone said. “I’m super super stoked to bring the title home to Canada, and looking back at the season it reminds me of a movie, so many good memories and good times and I’m already looking forward to it next year.”

Mona Mitterwallner's whole year summed up in a photo.

Before World Cup racing began, Mona Mitterwallner, 19, made no secret that she wants to be the best rider in the world. She couldn’t have done any better in her first U23 season, winning every race on the World Cup slate AND securing a U23 world championship in Val di Sole. On Sunday, she won by nearly three minutes with her arms spread wide across the line.

The young Austrian rider competes for Trek Vaude, which gives her a competitive tight-knit environment where she can cut her teeth against teammates much more experienced than herself. For a rider like Mitterwallner who is always looking for new ways to push herself, the fit couldn’t be much better.

Izabela Yankova is one of mountain biking's fastest risers.

Izabela Yankova bursts onto the scene with junior women's overall

If you didn’t know Izabela Yankova’s name entering the World Cup season, you’re forgiven. She is just 17, after all, and the pandemic-disrupted 2020 racing season didn’t provide much of a sneak preview.

But you should absolutely know her name now. Yankova got stronger and stronger as the year progressed. After taking bronze in Leogang and silver in Les Gets and Maribor, she swept the last three World Cup races of the season and blew away the competition at World Championships, winning the rainbow jersey by 10.844 seconds.

The fast rising Bulgarian is quickly becoming one of the most exciting riders in the world.

Vlad Dascalu gave everything in Snowshoe.

Vlad Dascalu, 23, is a former U23 World Cup overall champion who frequently found himself in the mix among XC’s heaviest hitters during his first full elite season. His best result was fifth in Albstadt, the first XC World Cup race of the year … that is, until Sunday.

Dascalu bookended the season by finishing second to Christopher Blevins in Snowshoe. He went with the American on the winning move around a tight corner, but couldn’t quite keep the wheel.

The first-ever World Cup medal shot Dascalu up to seventh on the overall standings, and caused a massive celebration among his Trek-Pirelli team. The consistency and big-race poise he displayed this year is a good sign that he could become a podium fixture in the very near future.

Riley Amos first year on the World Cup circuit was a huge success.

Riley Amos and Maddie Munro, both 19, closed out their inaugural 2021 U23 World Cup seasons on home soil in Snowshoe. And though they were both hampered by punctures on a terse course, they nonetheless capped strong seasons.

Amos finished 15th on Sunday and in sixth place on the men’s U23 overall. When he left for Albstadt last May, he had modest ambitions of being among the fastest 19-year-olds in the field. In his first World Cup race, he was the fastest 19-year-old on his way to finishing fifth, and he quickly improved from there. A few weeks later he finished second in Nove Mesto, then turned in a gold medal performance in Leogang.

Munro finished a season-best seventh in Snowshoe, and was in contention for a top-five place if not for a flat. Her season also featured a silver medal at the American continental championships last March.

Both young riders are making sure to enjoy their journeys even as they contend for podiums. They should be great domestic ambassadors in XC racing for years to come. 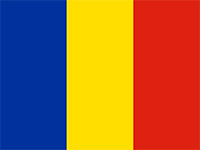 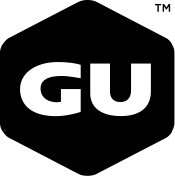 The Trek-Segafredo guide to the World Championships