Second round of the EWS finishes up

The second round of the Enduro World Series is a wrap, and with it the first leg of the season. Riders and staff endured heavy racing and heavy travel, and then did it all again in one week’s time in order to make it to Tasmania. After a solid outing in the previous week’s Rotorua, New Zealand competition, it was all business for Tasmania, Australia.

Incredible sights from the second round in Tasmania, Australia

Bike prep, and then some more bike prep

Tracks were in solid condition during the track walks

Katy getting to it

Katy is all eyes forward

The day of racing started off with bad news for Katy Winton, who suffered a hard crash on stage one. After going through team’s concussion protocol, it was determined that Katy would not be able to continue racing.

All smiles for Katy, who will be back to fight another day!

RC on the way

Ruaridh Cunningham has been keeping it consistent, and continually trying to keep that level  high enough to find the top-10. This weekend would see RC take 16th overall.

Not the result I was after but solid nonetheless. Felt like I had good speed in places but lacked consistency throughout the day and this ultimately cost me with the times being so tight. A little frustrated with my start to the season but it’s a good place to build from and I’m looking forward to improving ahead of round 3 in Madeira.

The people are into it

Pedro has continued to move himself up the overall, with a solid 21st position finish this weekend. As always, finding the happy place between speed and consistency is the challenge, and a fight Pedro is finding.

Tasmania was a great spot. Perfect place for racing and tracks with good mix of rocks, jumps, flow, pedal and hi speed, made it a really fun race! Times were really tight and I felt I was doing a good race, so I had to get really focused to give my best and don’t make mistakes. I ended up 21st overall after a hard battle like always is EWS!

Always a smile on Pedro! 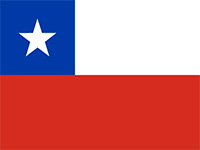 Top Fuel is a high-performance full suspension mountain bike for endurance racers and riders who don’t settle for one style of riding. It combines the best qualities of XC and trail bikes for an...