The Eritrean rider has extended his contract with Trek-Segafredo through 2023 after a difficult 2022 season following a crash in March.

Ghebreigzabhier is thankful to have had the full support of the Team as he recovered from the injuries he sustained at this year’s Volta Ciclista a Catalunya.

“When I signed my contract with Trek-Segafredo in 2021, I knew I had the right environment to grow and succeed in the WorldTour,” Ghebreigzabhier said. “Race after race, I was able to settle in and appreciate the unique team spirit here. It is thanks to this feeling that, over these last few months, I was able to recover from the bad crash I suffered at Volta a Catalunya. It has been a difficult period.

“After an encouraging and strong start to the season, I found myself struggling to get back to being 100 percent healthy. The closeness of the Team, along with everyone’s hard work, allowed me to succeed and become a rider again.”

Amanuel in action at the Vuelta a Burgos after his comeback

Over the next 12 months, the 28-year-old is looking to build on the form he had before the crash and help the Team achieve results.

“The next goal is to regain my best condition and be able to continue on the path of growth that I started with the Team over the last two years,” Ghebreigzabhier explained. “This is what I want to pursue during this winter break. I feel a huge amount of motivation ahead of 2023. I hope I can play an important role, for the Team and for myself, in stage races with the dream of being strong enough and deserving of a call up for the next Tour de France.”

Ghebreigzabhier deserved to have the backing of Trek-Segafredo explained General Manager, Luca Guercilena.

“When Amanuel joined the Team he was already an established rider but we saw that he still had plenty of room for improvement,” Guercilena said. “At the start of this year, we really started to see his development but then, of course, he had that unfortunate crash in Catalunya. Amanuel remained determined to make a good recovery and a strong comeback, working hard together with our Performance and Medical staff. We have remained committed to helping him fulfil the potential we originally saw in him, and I continue to believe that he is a valuable asset especially in the mountains during stage races.” 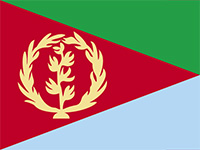 A definitive guide to every bike Trek-Segafredo raced during the 2022 season.