The newest member of the C3 project tells his tale.

Eventually, he got more interested on bikes and bought his first Dirt Jump bike: “I remember piling up plywood boards and pallets on the street to build small ramps.” One day, he heard there was a spot near his hometown that had a few jumps, so he went there: “I met a lot of people that shared the same passion about bikes as me, and since that day, I felt that all I wanted to do was ride bikes.”

Last year, it was the first time that Emil was able to travel and get to contests: “In April, I tried to get invited to Rocket Air but they didn’t let me in.” he explains. After not getting invited, he focused on trying to qualify for 26TRIX, and this time it worked out, he got the confirmation to compete.

Due to the heavy rains, finals were cancelled. Emil finished 5th overall and got a wildcard for Prime Line.

After a 5th a Prime Line, it was off to Colorado for a Gold event. Three days before leaving to Colorado, he did a show in Norway where he injured his ankle: “I sprained my ankle and it was very swollen. That wasn’t how I expected to be before flying to the USA for such a big and important event like that one.” However, he still jumped on a plane.

The gamble payed off, and Emil ended up 3rd and got the wildcard for Joyride: “The feeling of getting 3rd was huge, but it wasn’t even close to the feeling of knowing that I had actually achieved a life goal: ride at Joyride.”

The most important day of the year arrived: Joyride. He was standing at the top of the course waiting for the wind to die, because at the time, only one rider had made it to the bottom. The wind died for a minute and Emil dropped in. The rest is history: “I was so happy to get to the bottom in one piece. I finished 4th and I am very happy with that result.”

Emil has been riding the Ticket S for a couple weeks now: “I am very pumped to be riding the Ticket S. It has always been the slope bike of my dreams and it feels really good. I run my Pike DJ fork at 180 PSI’s with 2 tokens and the Monarch RL at the maximum air pressure. My bar is 735mm wide and my stem is 31mm short, which this combination helps me spin and catch the bar faster.”

Original content and photos by Hector Suara of Bicycle Nightmares. 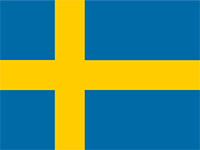